Hypothetical ("What If?" by Randall Munroe) 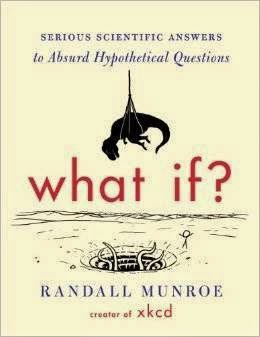 Let us imagine for a moment an astronaut adrift in space. Never mind how he came to be in this predicament, or how he's been able to survive so long--for it has been a long time--floating without sustenance, water, or fresh oxygen. Never mind any of that. Instead, imagine that he finds himself drifting towards a black hole. As he approaches what would certainly be a sight of unprecedented beauty--a whole celestial body so dense it draws in everything around it at a gravitation speed unlike anything else in the universe--he begins to  warp physically. Whatever body part is closest to the black hole--in this case, we'll say it's his feet--will be pulled by the star's immense gravity, even as the rest of his body remains outside of that same pull. This will cause his feet--bones, muscle, and skin--to stretch into unimaginable lengths. And because the black hole acts with such speed, there will not be time for his feet to detach from the rest of his body. Instead, this stretching will continue to affect one body part after another--ankles, lower legs, knees, thighs--until it reaches the pelvis, at which point the difference in gravity at the toes and head will be so great that the molecules of the body will no longer be able to hold this poor astronaut together, and he will separate.

The astronaut, needless to say, is not happy about this.

Unfortunately for him, he and his lower body are still drifting towards the black hole, and the gravity now begins to affect his upper half in the same way it affected the lower half. The pelvis and gut, the chest and hands and elbows, the arms, the shoulders, and finally the neck and head--all of it will be pulled down at different rates, stretched, and snapped into even more pieces, until the entirety of the astronaut is little more than a cloud of atoms being funneled down towards the mass' surface. Everything--bone, tendon, skin, organ--will become little more than microscopic traces of the man's existence, never to be found. After all, black holes are the unforgiving cemeteries of the universe:  anything that approaches a black hole and crosses the event horizon, even light, can never escape, regardless of whether or not it had any choice in being there in the first place. Such is the case with our poor astronaut.

This entire process has a name:  spaghettification. I learned about this when I was about twenty-five years old, from an interview with Neil DeGrasse Tyson that had been posted online. Had I learned about this ten years earlier, when I was still in high school, perhaps I would have actually enjoyed my secondary science classes. That is, had I been properly informed of all the inherent dangers of the world and universe around me--not just the spaghettifying effect of black holes but the "degloving" affects of an atomic blast, which I learned about from the History Channel, or the ant-zombifying fungi featured in online science articles--I would have sat with rapt attention, astonished at the universe's beautiful and violent indifference to us, and the increasingly bizarre ways in which it could snuff us out at any moment, should the situation permit it.

Or even when the situation was illogical, improbably, or even impossible. It wouldn't have mattered to me. I would have taken copious notes, disgusted my parents with the gruesome details over dinner, sought out and devoured books on the topic. And while I most likely wouldn't have understood anything beyond a few basic words among the technical jargon, it would have shown me the potential of science--the secrets it held, the possibilities it embraced--rather than boring me with rote equations, sophomoric vocabulary terms, and chromatic textbook diagrams. Where I should have suffered a Broadway-level range of emotions every day in class--joy, confusion, horror, anger, sadness--I instead was only bored. Where I should have been told to stand and move around, to poke and dissect and investigate, to stare at the unknown through microscopes or cast studious eyes up into the dark heavens, I was given one large tome after another and told to fill in the worksheets. Perhaps, if science had been presented to me in a different and much more descriptive way, I would have graduated with a greater respect for science and its many fields rather than a begrudging acknowledgement of its importance to accompany the B's and C's that littered my transcript.

In What If?, I finally find the book I'd needed then--and, possibly, the book most curious but easily bored high school students need still today. Compiled from his online webcomic, which features stick-figure representations of various hypothetical scenarios--a baseball pitched at 90% the speech of light, for example, or a quick swim around a nuclear fuel pool--Randall Munroe's book is based in deep research but avoids slipping into snore-inducting disquisitions. He is, in a way, the cool science teacher you always wish you'd had in middle school, except his lessons would most likely have gotten him fired. Take, for instance, the aforementioned fastball, pitched at 90% the speed of light--an act that, if possible, would decimate not only the pitcher and hitter but everyone in the stadium and much of the surrounding neighborhood, as the air in front of the baseball would be compressed with such speed that it would trigger rounds of fusion, blast gamma and x-rays, and wreak apocalyptic havoc, "all in the first microsecond."

Or take the jet-pack made of machine guns. Alone, an AK-47 is only powerful enough--when fired downward--to lift a squirrel into the air, though it would run out of ammunition long before that lightweight little rodent became the first representative of its species to be launched willingly into space. (Munroe never discusses whether this lone squirrel would actually be consenting to this ride, as squirrels don't consent to much of anything. Then again, its decision to remain on the gun seems like implied consent, unless of course some conniving scientist has glued its tiny feet to the gun. Such are the unanswered questions of science, I suppose.) An entire platform made of machine guns would also be ineffective, rendering any hopes of a newly resurrected space program--the National Aeronautics and Second Amendment Space Administration, or NASASA--moot.

What makes Munroe's work worthwhile is not just his understanding of science--he is a former NASA roboticist and graduated college with a degree in physics--or his ability to convey that information in a humorous and easy-to-understand way, but also the way in which he bases every witty explanation in scientific fact. In the process of reading about hypothetical situations, not all of which Munroe himself takes seriously, he is teaching his readers the most important and integral scientific concepts, many of which we've probably forgotten since high school...or never learned to begin with. This includes gravity, velocity, momentum, the Periodic Table, chemistry, and probability, many of which are complemented with diagrams and equations that are often complex but never complicated when put into context and explained. It's a textbook for the bored, attention-deficit, darkly humorous misfit in all of us--that middle-aged kid sitting in the back of his high school science class drawing silly pictures in his notebook, hoping against hope that maybe, just maybe, his teacher might explain to him just what a hypersonic hockey puck would do to the human body.