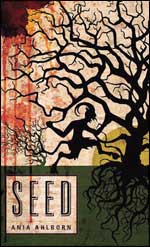 For all the books I've read purporting to be written by masters of the horror genre--King, Koontz, Barker, Poe, Lovecraft--I've only once been truly unsettled by a work of fiction, and it happened unexpectedly and from someone not associated with pure, old-school horror: Bret Easton Ellis. I'd purchased Lunar Park on a whim, used, thinking I could breeze through it in a week or two, just to say I'd read something by the outspoken bad-boy of American literature and never have to again, but when I finally opened it and began reading--sitting on the small, second-story porch of my apartment at the time--I only put the book down twice, when I needed to step inside and away from it to think. Over the course of the book's 400-some pages, Ellis' story somehow got inside my brain, where it rooted out and exploited every small, significant fear and paranoid fantasy I'd accumulated through my then relatively short life. His narrator, an alcoholic writer, was so far removed from anything I'd experienced in my own life--I don't drink, didn't grow up in an abusive household or with distant parents, never wanted to run away from home--but felt so near, so personal, as though somewhere there were a photo album filled with images of an adolescence I'd never lived but was just as authentically mine as the one I'd actually lived, that I felt uncomfortable and exposed...and by an author writing from his home on the other side of the country, where he lived without knowing I even existed. By the last page, I thought Ellis was a master storyteller who wrote a fantastic book, one that I hoped to never read again, and today that book has a special place of honor on my shelf.

Reading Ania Ahlborn's Seed, I felt similar sensations, though to a lesser effect. Like Ellis' novel, Seed is the story of a man whose happy family life is slowly, unstoppably falling apart because of demons, both figurative and literal. Jack Winter's past is dominated by one terrible, long-lasting secret--he'd been possessed by a demon and done terrible things to the people and animals around him--and now it is beginning to manifest itself in his younger daughter, Charlotte ("Charlie"), and he knows there's little he can do to stop it. For much of the book, we watch Jack search despeately for a solution, even going so far as to cross state lines in search of the home he ran away from as a young boy, all the while his youngest transforms before his eyes into something manipulative, cold-blooded, homicidal--something that is far from his daughter and yet strangely familiar.

Ahlborn's a gifted writer, there's no denying, and I'm particularly appreciative of how she lets her main character exist on his own, without authorly impulses getting in the way. Slowly, he understands that he's become trapped in a cycle he cannot break, one held together by a large man--a trucker--in a John Deere hat who reappears over and over again, often without the narrator himself realizing it. It adds to the narrator's helplessness that he's surrounded by evidence of his own fate that he himself cannot see...but we can. We understand where all of this is headed, we see the inevitable conclusion chapters before he does, and the dwindling number of pages in our right hands--fifty pages, then thirty, then ten--leave less and less room for the resolution we know will not be coming. It's refreshing to know that, in an age of horror novelists who treat the last two or three chapters as space to undermine the trust they've built by giving their sympathetic everyman heroes easy fixes to complex problems, there are still authors out there who are more than willing to let their good guys suffer bad ends.

Ahlborn's novel doesn't quite reach its intended effect, and there are a few reasons why--the incessant cultural references, for starters, get very frustrating, like a magician lecturing us about who inspired what trick rather than just executing the trick itself--but Ahlberg's love of keeping questions unanswered until the very end help her build the creeping, crawling tension like someone who's been writing these books for decades. Unfortunately, more of those questions should have been left unanswered. Only then could we have been allowed to watch a beautiful family fall horribly apart without being able to do anything--and without them being able to do anything or understand just why it's happening. After all, helplessness is one of the most effective avenues towards pure, unsettling terror, and the fact that we know how it will all end and march on towards it anyway, page after excruciating page, makes us just as vulnerable as the characters themselves. In literature, there are few things more terrifying.